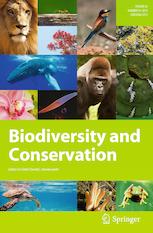 The loss of plant agro-biodiversity is a global problem with repercussions on both humans and (agro-)ecosystems. This article presents the data of a census of the herbaceous landraces currently cultivated in Lombardy (Northern Italy), one of the most industrialized regions of Europe, and for which information was previously extremely limited. The census showed that 72 herbaceous landraces are cultivated (conserved on farms) in Lombardy yet most of them are threatened since they are cultivated by a small number of farmers, mostly hobbyists. Only 11% have been the subject of scientific studies while 12.5% are protected since they are registered in the European Register of Conservation Varieties. Lombardy has lost about 78% of its landraces cultivated over the last 70–80 years. The nutritional characteristics of four little-known maize landraces of the Lombardy region recently used for the creation of niche food chains were also analyzed. They have a higher content of protein (about 12.34%) and phytic acid (about 1.35%), compared to a hybrid maize (B73/Mo17), while they are slightly poorer in starch (about 77.85%), Mg and Zn. Some of these landraces, those with coloured kernels due to the high concentration of polyphenols, have high antioxidant activity which makes them interesting for the production of nutraceutical foods. 2D-electrophoretic protein profiles highlighted that the four maize landraces are different one from another. Finally, some actions and tools are suggested to favour the in situ conservation of plant agro-biodiversity.