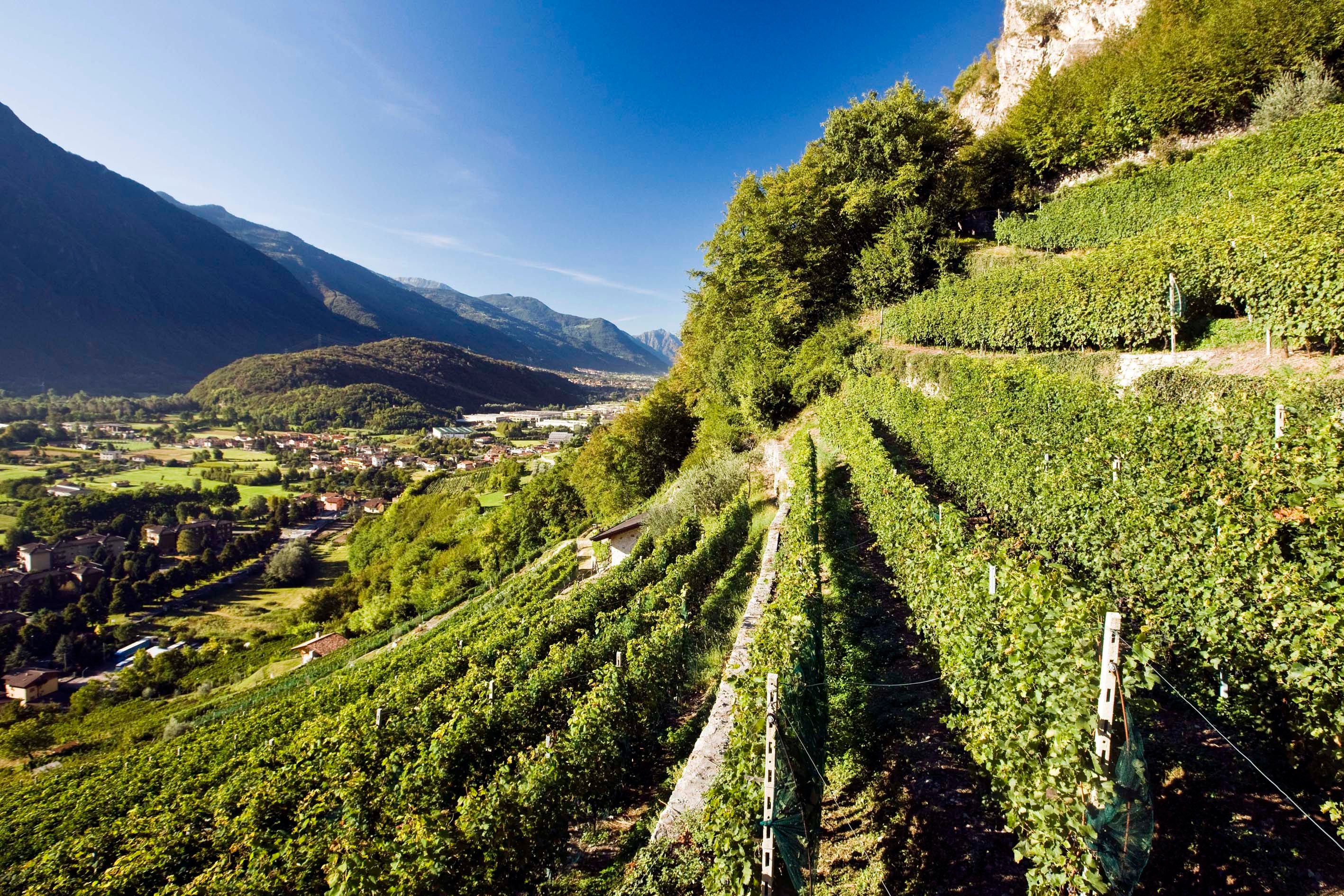 The project Sustainable enhancement of viticulture in Valcamonica – Val.So.Vi.Ca., is implementing an enhancement plan for the territory of Valcamonica, with research on vine-wine zoning of the area, implemented with the evaluation and comparison of new grape varieties of potential economic and environmental interest. With the Val.So.Vi.Ca.project, Valcamonica is innovative from a scientific point of view, applying and experimenting conditions in the field and in the cellar aimed at reducing the environmental impact and improving the working and economic conditions for operators and for those who want to approach viticulture and vineyards in Alpine territories with similar soil and climate conditions.

The project aims to coordinate and enhance ideas and growth prospects in the environments of Valcamonica, with the identification and enhancement of the peculiarities of the winegrowing conditions of the valley, through research on the soils and mesoclimes of the main winegrowing areas, analyzing the phenological phases of different vines including varieties tolerant to the main cryptogams in experimental conditions, considering the objective results of the wines obtained through standardized procedures for all types of experimental winemaking of small quantities. Once the initial framework has been identified, it will be possible to evaluate and confirm better agronomic and enological choice conditions to enhance a wine that is more identifiable for an Alpine valley area and to reduce management costs for winemakers.

The project aims to identify guidelines from a production point of view with choices of grape variety, combination of the most appropriate tested and verified grafting, agronomic and oenological techniques as regards the different areas used for winegrowing.

The activities to be developed relate to the definition of sustainable viticulture models through the Valcamonica viticultural zoning survey, integrated with the study of varieties resistant to the main fungal diseases as a new opportunity for the territory.

Zoning Activities – Agronomic and oenological surveys will be conducted on each guide vineyard, already evaluated in the preliminary phase for the various territorial areas and made available by the project’s partner farms, over a three-year period. These will concern the main vegetative-productive parameters of the vine as well as the qualitative ones of grapes and musts. Furthermore, experimental micro-vinifications will be carried out for each guide vineyard which will allow the evaluation of the results of the vine-environment interaction on the finished product. At the end of the three-year period, the data collected will be used to draw up guidelines for the definition of agronomic and oenological models for each of the environments and to define areas of different vocations within the territory of Valcamonica and hence to define the best styles of wine for each of these environments.

Realization, in the first year, of 11 experimental grafts in the vineyards made available by some project farm partners, carried out with bud material of vines resistant to cryptogams of the vine. The aim is to test the agronomic and oenological characteristics so as to carry out microvinification, detected in the vegetative-productive seasons in the two years following the realization in the different environments of the Valcamonica and compared with the survey results of the vine varieties already present in the territory.

Realization in the first year by the managing body Parco dell’Adamello of a comparison vineyard for the new vines resistant to the main vine physiopathies, some of them of the same variety as those distributed along the valley through grafting. In this vineyardboth the vines recently admitted to cultivation, and other vines still under observation, will be compared from an agronomic and enological point of view, in order to gain immediate feedback on the performance of these new varieties with identical pedoclimatic conditions.

Through the involvement of the Fojanini Foundation, the oenological characteristics will be evaluated, through experimental microvinifications, of the grapes produced from traditional vine varieties already present in the territory and from vines resistant to downy mildew and powdery mildew being tested in Valcamonica. The aim is, therefore, to improve statistical solidity by having more information for these specific types of vines in the vegetative-productive suitability in alpine pedoclimatic situations.