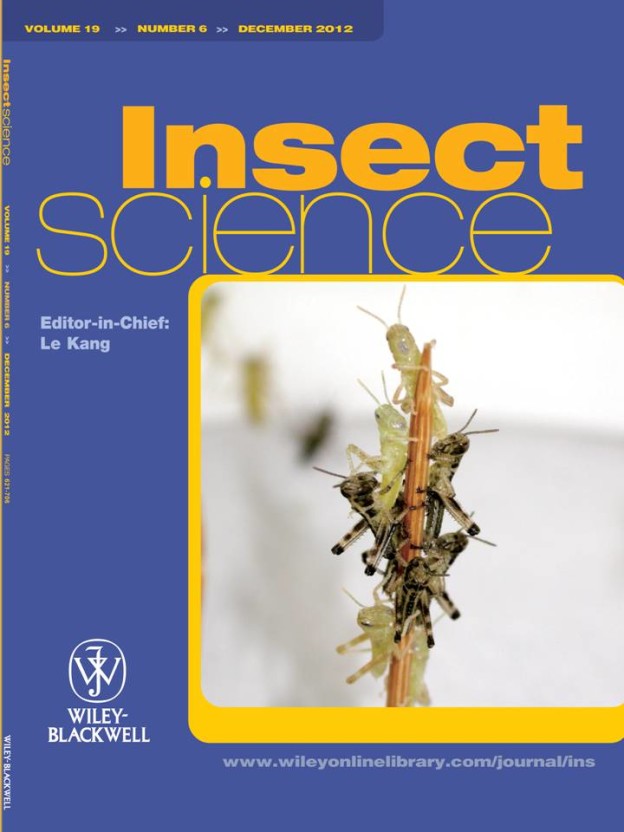 Metamicrobiomics in herbivore beetles of the genus Cryptocephalus (Chrysomelidae): Towards the understanding of ecological determinants in insect symbiosis

The Cryptocephalus marginellus (Coleoptera: Chrysomelidae) complex is composed by six species that are supposed to have originated by events of allo‐ or parapatric speciation. In the present study we investigated the alternative hypotheses that the bacterial communities associated with six populations of this species complex are shaped by environmental factors, or reflect the proposed pattern of speciation. The microbiota associated with the six populations, from five species of the complex, have been characterized through 16S rRNA pyrotag sequencing. Based on a 97% sequence similarity threshold, data were clustered into 381 OTUs, which were analyzed using a variety of diversity indices. The microbiota of C. acquitanus and C. marginellus (Calanques) were the most diverse (over 100 OTUs), while that from C. zoiai yielded less bacterial diversity (45 OTUs). Taxonomic assignment revealed Proteobacteria, Tenericutes and Firmicutes as the dominant components of these beetles’ microbiota. The most abundant genera were Ralstonia, Sphingomonas, Rickettsia, and Pseudomonas. Different strains of Rickettsia were detected in C. eridani and C. renatae. The analysis of β‐diversity revealed high OTU turnover among the populations of C. marginellus complex, with only few shared species. Hierarchical clustering taking into account relative abundances of OTUs does not match the phylogeny of the beetles, therefore we hypothesize that factors other than phylogenetic constraints play a role in shaping the insects’ microbiota. Environmental factors that could potentially affect the composition of bacterial communities were tested by fitting them on the results of a multi‐dimensional scaling analysis. No significant correlations were observed towards the geographic distances or the host plants, while the composition of the microbiota appeared associated with altitude. The metabolic profiles of the microbiotas associated with each population were inferred from bacterial taxonomy, and interestingly, the obtained clustering pattern was consistent with the host phylogeny.