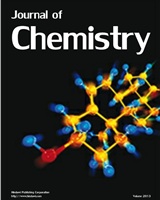 The Brazilian flora was widely used as source of food and natural remedies to treat various diseases. Bixa orellana L. (Bixaceae), also known as annatto, urucù, or achiote, is a symbol for the Amazonian tribes that traditionally use its seeds as coloured ink to paint their bodies for religious ceremonies. The aim of this study was to investigate the volatile organic compounds (VOCs) profile of B. orellana fresh fruits (in vivo sampled), dried seeds, wood, bark, and leaves analyzed with Headspace solid-phase microextraction coupled with gas chromatography and mass spectrometry. A screening on phenolic content (the Folin-Ciocalteu assay) and antiradical activity (DPPH assay) of seeds was also conducted. In addition, the repellent properties of seed extracts against Aedes aegypti L. were investigated. Volatile compounds detected in B. orellana samples consisted mainly of sesquiterpenes, monoterpenes, and arenes: α-humulene is the major volatile compound present in seed extracts followed by D-germacrene, γ-elemene, and caryophyllene. B. orellana proved to be a good source of antioxidants. Preliminary data on repellency against A. aegypti of three different dried seed extracts (hexane, ethanol, and ethanol/water) indicated a significant skin protection activity. A protection of 90% and 73% for hexane and ethanol/water extracts was recorded.