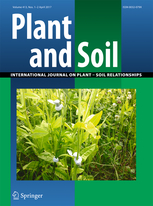 Forest vegetation is known to increase hillslope stability by reinforcing soil shear resistance and by influencing hydrologic conditions of soil. Although the importance of plant root systems for hillslope stability has received considerable attention in recent years, the quantification of such an effect needs more investigation. In this paper, we present a synthesis of the data gathered in the last 5 years for some species in different locations of the Alps and Prealps of Lombardy (Northern Italy) with the aim to increase our knowledge on root tensile strength and on Root Area Ratio distribution within the soil. Concerning root tensile strength we developed tensile strength-diameter relationships for eight species: green alder (Alnus viridis(Chaix) D.C.), beech (Fagus sylvatica L.), red willow (Salix purpurea L.), goat willow (Salix caprea L.), hazel (Corylus avellana L.), European ash (Fraxinus excelsior L.), Norway spruce (Picea abies (L.) Karst.) and European larch (Larix decidua Mill.). Results show a great variability among the different species and also for the same species. In general, however, root strength (in terms of tension) tends to decrease with diameter according to a power law, as observed by other Authors. Comparing the power law fitting curves for the considered species, it can be observed that they fall in a relatively narrow band, with the exception of hazel, which appears the most resistant. Concerning the evaluation of root distribution within the soil we estimated the Root Area Ratio (the ratio between the area occupied by roots in a unit area of soil) according to its depth for five species (beech, Norway spruce, European larch, mixed hazel and ash) in three locations of Lombardy. Results show that there is a great variability of root density for the same species well as for different points at the same locality. The general behaviour of root density, in any case, is to decrease with depth according to a gamma function for all the studied species. The results presented in this paper contribute to expanding the knowledge on root resistance behaviour and on root density distribution within the soil. The studied location have allowed the implementation of soil-root reinforcement models and the evaluation of the vegetation contribution to soil stability.