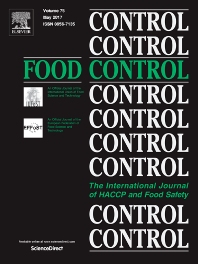 Agricultural contamination with pesticides is a challenging problem that needs to be fully addressed. Bee products, such as honey, are widely consumed as food and their contamination may carry health hazards. In this study 28 pesticides selected as representative of different contamination sources were measured in 72 honey samples using methods based on SPE clean-up and GC–MS/MS detection. Particular emphasis was given to the pesticides utilised in intensive apple orchards in order to elucidate and relate the honey contamination and its potential sources. Residues of many pesticides were found in most of the samples investigated. The majority of honey samples (94%) contained at least one of the pesticides even if their concentrations were found to be lower than its MRL. DDT, DDD and DDE were the compounds isolated with higher frequency in honey samples produced in the industrialised area. Chlorpyrifos and quinoxyfen were the residues frequently detected in samples coming from the apple orchard area. No residues were isolated in honey coming from the mountain area dedicated to organic production. The results of this study show that pesticide contamination of honey is strictly related to the contamination source and could reflect the specific pollution of a given environment, confirming honey bee and beehive matrices as appropriate sentinels for monitoring contamination in the environment. This could represent an effective tool for beekeepers to select production areas especially for organic honey production.