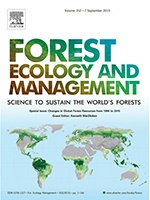 Gap-oriented forestry is a subject that is gaining interest worldwide as a compromise between economic and operational requirements on the one hand and environmental and safety concerns on the other. In principle, the approach mimics the effects of fine-scale natural disturbance while avoiding the threats of soil degradation and instability associated with large clearcuts, but at the same time, it does not limit the productivity associated with single-tree selection.

Despite this interest, studies of the real effects of gap-oriented forestry are still limited, particularly those dealing with its impact on slope stability. This paper provides quantitative results about the slope stability of two mixed-conifer stands subjected to gap management in the Italian Central Alps that were monitored for five years after felling.

The results showed that root decay, both in strength and density, further reduces additional root cohesion by approximately 60% in the first two years after felling and by another 20% in the third year; it completely vanishes by the fifth year. The observed reduction in root reinforcement values has dramatic consequences for slope stability. In fact:

These results suggest that although the gap-oriented approach is, in principle, more conservative than large clearcuts, the pace of natural regeneration could be slower than the process of root decay, so instability could occur, especially where local slopes exceed 25° and soils are frequently saturated.