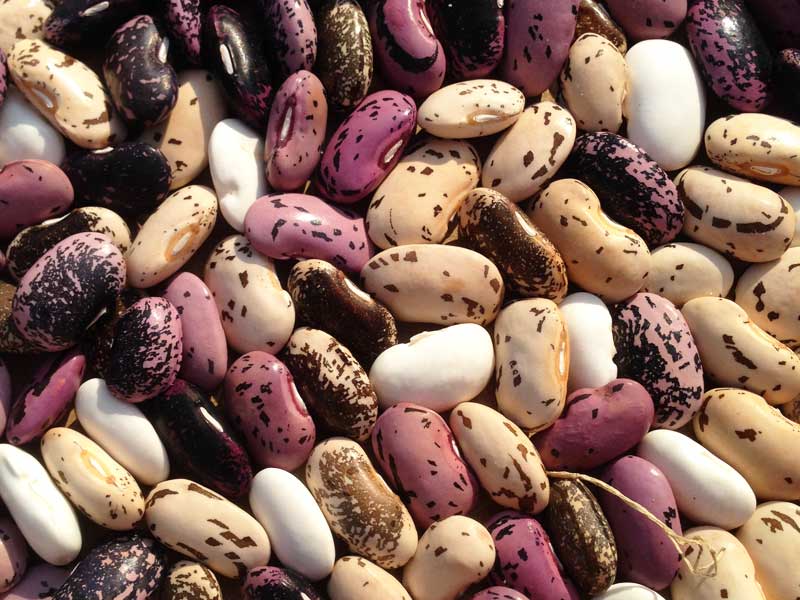 The principles and methods of biodiversity conservation are among the most debated issues in recent decades, from the local to the global level, since more than a third of known plant and animal species are now at risk of extinction. The loss of biodiversity represents a serious damage both in biological and cultural terms, and in terms of the availability of genetic resources for crop improvement: this aspect is undoubtedly of great importance for a region like Lombardy which, in the context of its agricultural production, is largely represented by the horticultural and cereal sector.

The bean (Phaseolus spp.) is one of the most widely grown legumes for direct human consumption because of its high protein content (around 16% of dry weight). Because of this characteristic, beans are traditionally eaten instead of meat in the poorest rural and marginal areas and have been one of the staple foods of the rural world, including Lombardy, for centuries.

In the last decade there has been a renewed interest among consumers in northern Italy in beans and, in particular, their local varieties. Local cultivars are unique genetic resources, able not only to grow in particular areas (creating an interest in the local area) but also to provide excellent nutrition. The nutritional potential of the different bean cultivars therefore deserves to be explored, studied and disseminated, as does the characterisation of these varieties from the point of view of the genetic structure of the populations. This is all the more essential for the preservation of Lombardy’s agrobiodiversity because today most traditional local bean cultivars are not kept in germplasm banks but are cultivated/conserved by a few farmers, mostly hobbyists, thus presenting a high risk of extinction and/or genetic erosion.